ADT was originally registered as Assynt Community Association (ACA), a charitable company registered as a charity in 20 August 1975 (SC015208) and incorporated as a Private Company Limited by Guarantee in 2 June 2010 (Company number SC379557).

ADT was granted a Certificate of Incorporation on Change of Name for its present name, Assynt Development Trust Limited on 4th May 2018, with modified article with purpose to principally benefit the community of the parish of Assynt which comprises the Assynt Community Council area (“the Community”) with the following objects:

The Assynt Community Association was originally founded in the 1950’s, and structured with representation from all the communities of Assynt.

Membership of the Charity is open to any individual or organisation interested in promoting the Associations purpose, who applies to the Charity in the membership form, and is approved by the Directors.  If you would like to join please access our Join ADT page.

The present directors are:

Willie Jack qualified in dentistry from the University of Edinburgh in 1983 and moved with his family from Edinburgh to Wales where Willie established and ran his dental practice.  The family lived in Wales for almost 30 years until in 2012 he and his wife Sue moved to live in Stoer.  Willie continues to work as a part-time clinical dentist and lecturer.

” My name is Edwin, originally from The Netherlands and in the year 2017 my girlfriend and I decided to change the direction of our lives and in March 2018 we bought a Bed & Breakfast in Scotland.

I worked for about 25 years for a bank/insurance company in different (finance) roles, but mainly I was busy with writing budget proposals, financial forecasting and participating in projects as a financial controller.

In my spare time i like to cycle and i am very interested in SEO (Search Engine Optimisation) and HTML (language behind websites) and i have built our own B&B website. “

Boyd Alexander moved to the Highlands in 2014 for work making his home in Ullapool with his family.  He is a marine biologist by training with several decades experience working in development and project management in both Asia and Africa.

Boyd is Scheme Manager for the Coigach & Assynt Living Landscape Partnership. He has overall responsibility for the Scheme’s successful delivery, working closely with the Scheme Delivery Committee, project partners, and the delivery team.

Boyd Alexander, as an Assynt non-resident, is a co-opted board member, and has been involved with Assynt Development Trust since April 2016. 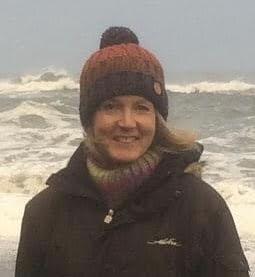 Marianne Hutchison grew up in Assynt before attending Edinburgh University and Moray House College. She has taught in many primary schools in the Highlands, mostly in the North West, and lives with her family in Lochinver. Marianne loves several outdoor pursuits and has recently enjoyed developing her teaching skills by training in the delivery of Outdoor Education. Marianne has been a director of ADT since 2012.

Bill is a retired educational psychologist and worked in Birmingham, Dingwall and Paisley. Currently the treasurer for Assynt Field Club and an environmental activist with political involvement since 1972. Bill was appointed a director in March 2020.

Nigel Goldie has been very involved in a number of community organisations for some years, such the Assynt Foundation, the Assynt Development Trust (and its predecessor the Assynt Community Association and Historic Assynt. He has been chair of both the Foundation and the Community Association, and in this capacity as well as Director he has always sought to improve collaboration between the varied community organisations and groups in Assynt.

With an academic background in social science and many years working in higher education addressing a wide range of social policy issues and community development, Nigel has much expertise relevant to the issues faced by Assynt Development Trust. This is also complemented by subsequently working in a senior management role in local government with a wide range of corporate responsibilities, including that of funding community and voluntary organisations.

Nigel was on the Board of the Richmond Fellowship (a major mental health charity and social landlord), and has undertaken a wide range of research/consultancy projects for health and local authorities, as well as voluntary sector organisations.